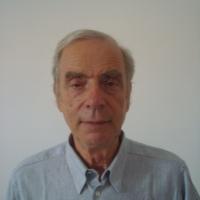 I am Director of a non-profit association and ONLUS (Gruppo 183). This organization was instituted in March 1995, by the initiative of experts, deputies and representatives of regions and local governments, syndicate members and managers. The name of the organization derives from the environmental reform law (L.183/1989) regarding land and water safeguard. This law inspired the actions of Gruppo 183, aiming at the promotion of policies of sustainable development, soil safeguard, water protection and management of water resources for a rational social and economic development. The activities of Gruppo 183, in the recent years, include the implementation of the European directive 2000/60 regarding water and 2007/60 regarding flood risk. Gruppo183 is one of the 17 Italian institutions nominated by the United Nations Convention to Combat Desertification. In 2011 Gruppo 183 participated in a Parliamentary audition on Safeguard, Governance and Public Management of Waters. Gruppo 183 was referenced in the OCSE report 2013 on the Italian environmental performance, as “an authoritative NGO”. In 2013 it was one of the promoters of the Hydro-Geological National Conference. The website www. Gruppo183.org , active since 2000, is appreciated with its 3000 visitors and 65000 contacts per month. The periodical newsletter is read by 5000 readers.