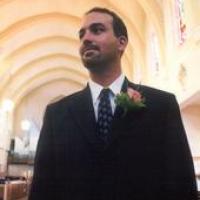 Christopher Paolini is a post-doctoral researcher and adjunct faculty member in the departments of Computer Science and Computational Science at San Diego State University. Christopher received a PhD in computational science in 2007 and his master's and baccalaureate degrees in Computer Science in 1998 and 1991, respectively, all from San Diego State University. Funded by NSF, DOE, and NASA, Christopher's research focuses primarily on the numerical simulation of heat and mass transport in chemically reacting systems. Christopher is interested in the development and understanding of numerical methods for computing equilibrium states of gaseous and condensed matter in chemically reacting systems and the application of these methods in simulating thermal-fluid processes. Christopher is involved in the development of multi-step reaction kinetics algorithms to simulate combustion processes that are coupled with fluid dynamics, the development of software to simulate multiphase flow to model flame spread over solid fuels, and the physical measurement of flame spread to establish flammability criteria for flame spread over solid materials used in spacecraft. In addition, Christopher is engaged in a DOE funded research project that involves the numerical modeling of long-term geochemical, structural, and seismic consequences of injected supercritical CO2 in deep brine reservoirs. Christopher teaches courses in distributed computing, computer networking, and geologic carbon sequestration and is currently involved in an NSF funded grant to design and implement a Science DMZ network for the computational science community at San Diego State University to facilitate large scientific dataset exchange.