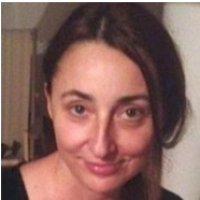 BIOSKETCH I am a computer engineer graduated from the Polytechnic University of Valencia. I developed my PhD thesis at the Polytechnic University of Valencia, Spain. I also made several postdoctoral studies at the Max Planck Institute for Human Cognitive and Brain Sciences in Leipzig, Germany. I began working as civil servant in health institutions in the Valencia Regional Ministry of Health and I combined my job with research projects related to psychiatric disorders using functional imaging, focusing on the study of cognitive function from fMRI. Neuroimaging is my area of scientific interest and the area where I focused my scientific career. I am currently Head of the Brain Connectivity Lab within the Department of Neurological Impairment at Príncipe Felipe Research Centre. The Laboratory leads several national and international projects, where research methodologies for the analysis of functional and structural imaging. Among other fields, I apply different imaging technologies to study diseases such as schizophrenia, hepatic encephalopathy and Alzheimer's. I would like to highlight my implication in a major project, "Euro-BioImaging", where the Valencia node – that I lead, will carry out population studies based on medical image in the Valencia Region. Euro-BioImaging is a large-scale pan-European research infrastructure project at the European Strategy Forum on Research Infrastructures (ESFRI) Roadmap. Euro-BioImaging will deploy a distributed biological and biomedical-imaging infrastructure in Europe in a coordinated and harmonized manner by providing access to and training in imaging technologies, and by sharing best practices and image data. Euro-BioImaging will become a driver of European innovation in imaging research and technologies. I have undertaken various activities in education and training in bioinformatics, three course editions at the National course Statistical Parametric Mapping (SPM) in Neuroimaging by providing education in neuro-bioinformatics to more than 300 scientists from all of the Country. I collaborate in several Spanish bioinformatics training programs. Currently, I am working on the development of statistical, data mining methods and bioinformatics tools to understand and analyze all information of population imaging. The mission of Population imaging is to help develop and implement strategies to prevent or effectively treat disease through creation of imaging research within or in close vicinity to large population studies in Valencia region. I hold scientific collaborations with researchers from USA and Germany