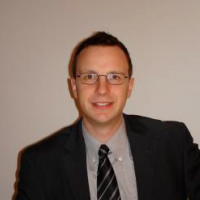 Dr. Karl Presser is the founder of Premotec GmbH and works also as a senior scientist in the Department of Computer Science at ETH Zurich in the Global Information Systems Group. He trained as a computer scientist and earned his doctoral degree at ETHZ investigating data quality on food composition data focusing on basic principles of data quality and how a computer system can support users to manage data quality. After his computer science study, also at ETH Zurich, he worked in an SME as product manager, product designer and developer on an application to calculate timetables for universities using artificial intelligence, in particular evolutionary algorithms. Karl was the primary creator of FoodCASE, an information system to manage food composition data where some research work is incorporated. Karl led or participated in several national and EU funded projects such as FoodCASE project (Swiss national project), MenuCH (Swiss consumption survey), EuroFIR Network of Excellence (FP6), EuroFIR NEXUS (FP7) or TDS-Exposure (FP7). He is currently involved in the PRO-METROFOOD (H2020) and REFRESH (H2020) projects. He is also director in EuroFIR AISBL, the FoodCASE board, in FDP Weinland and in a community asset group. He has more than 30 publications and made over 40 scientific presentations and was involved in more than 14 university lectures.