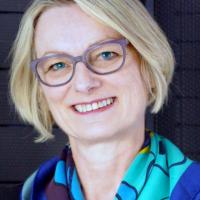 After more than 15 years in the computing industry (DEC, StorageTEK, MSI) as consultant, project manager, program manager for Archive “Appliances” and finally technical Product Manager for Archive Services deployed in London, I am now a member of LAPP/CNRS since more than 16 years. I have directed the IT department (20 members), introduced LAPP laboratory in the European Grid projects and led the build of the LAPP MUST datacenter, one EGI Grid node and major WLCG Tier2 for ATLAS and LHCb. Since 10 years I have joined the LAPP Management team as Technical Director (70 engineers and technicians) and since 6 years, I am a member of CTA experiment, first as DATA Management Project Manager for the technical coordination of the international team and the write of the DATA Technical Design Report and more recently, as CTA Observatory (CTAO) off-site IC INFRASTRUCTURE leader, in charge of the CTA computing model I have proposed a few years ago.