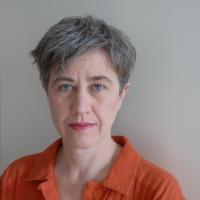 Laura Morales is Professor in Political Science/Comparative Politics at Sciences Po, affiliated with CEE. She previously worked at the University of Leicester, the University of Manchester, the University of Murcia, the Complutense University of Madrid and the Autonomous University of Madrid. She has held visiting scholar positions at the Amsterdam School for Social Research, Columbia University, Harvard University and Sciences Po Grenoble. Her research interests lie, especially, in the areas of comparative political behavior, public opinion, political parties, the politics of immigration, and comparative politics. She has published Joining Political Organisations. Institutions, Mobilisation and Participation in Western Democracies, Colchester: ECPR Press, 2009; Political Discussion in Modern Democracies in a Comparative Perspective (edited with Michael Wolf and Ken’ichi Ikeda), London: Routledge, 2010; and Social Capital, Political Participation and Migration in Europe. Making Multicultural Democracy Work? (edited with Marco Giugni), Basingstoke: Palgrave, 2011; as well as a number of articles in academic international journals. She is currently the principal investigator of the European Research Council grant ResponsiveGov (http://www.responsivegov.eu/), which studies how democratic governments responds to the multiple and sometimes contradictory pressures of the public. She is also the Chair of the COST Action "International Ethnic and Immigrant Minorities' Survey Data Network" (http://www.cost.eu/COST_Actions/ca/CA16111?), which gathers a network of researchers from 33 countries working on improving the access, usability, dissemination and standards of the multiple and scattered survey data that exist on the economic, social and political integration of ethnic and migrant minorities. Other recent projects she has worked on include: the project LOCALMULTIDEM (funded by the 6th Framework Programme, http://www.um.es/localmultidem/) on migrants' social capital and participation in Europe; the project Support and Opposition to Migration (funded by the 7th Framework Programme, http://www.som-project.eu/) on the politicization of migration across Europe; the Immigrant Citizens Survey (funded by the European Fund for the Integration of Third Country Nationals and the King Baudouin Foundtion, http://www.immigrantsurvey.org/); and the project Pathways (funded by Open Research Area grant of the British ESRC, the Dutch NWO, the French ANR and the German DFG, http://www.pathways.eu/). She is available to supervise students in any of her areas of research and expertise, and is particularly interested in supervising students wishing to work on governmental responsiveness to different forms of public opinion in the areas of the politics of immigration, especially in connection to how it affects issues of political representation, political behaviour and social capital and making use of the data generated with the various projects she has worked on about this.