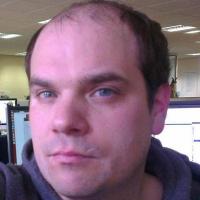 tl;dr: Open Source research software engineer with interests in Linked Data, RESTful web services, provenance, annotations, open science, reproducible research results. Stian Soiland-Reyes is a Technical Architect and Research Associate in the School of Computer Science. He graduated in 2006 with an MSc in Computer Science from the Norwegian University of Science and Technology (NTNU). He has a total of 18 years of experience as an IT professional, including 15 years as a software developer in both academia and industry. He joined the myGrid team in 2005, where he became the Technical Lead Developer of the successful, open-source scientific workflow management system Taverna, which he helped transition to the Apache Software Foundation incubator. As part of the EU FP7-funded Wf4Ever project, Stian co-developed the Research Object model and ontologies, and co-developed a service-oriented semantic web architecture for workflow preservation. Working with the Open PHACTS Foundation, Stian adapted its Linked Data platform to run as Docker microservices. Currently Stian is working with BioExcel, a Centre of Excellence for Computational Biomolecular Research, where his focus is on workflows and CWL.