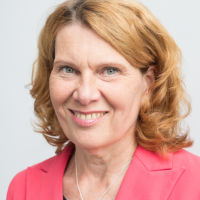 Prof., D.Sc. (Tech.) Tiina Sarjakoski acts as a Research Director at the National Land Survey of Finland since January 2015, and at the Finnish Geodetic Institute during 2012-2014. She completed her doctoral thesis on Multiple Representation and Generalization of Geo-Databases for Topographic Maps at the Helsinki University of Technology (name changed to Aalto University) in 1997. She holds an Adjunct Professor in Geoinformatics and Theoretical Cartography at the Royal Institute of Technology (KTH), in Stockholm, Sweden since 2001. She acted as a Research Manager at the Department of Geoinformatics and Cartography, in the Finnish Geodetic Institute during 2006-2012 and led a research group of ‘Ubiquitous Spatial Interaction’. She has published in the field of knowledge-based methods for geographic information (GI), formalization of GI, usability of mobile maps, multiple representation databases, cartographic visualization, map generalization for network processing, mobile map services and spatial cognition. She completed an Executive M.B.A. at Aalto University in 2016.