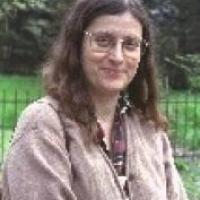 Francoise Genova has been the director of the Strasbourg astronomical data centre CDS, which provides added-value services to the international astronomical community, from 1995 to 2015. She is one of the founding parents of the astronomical Virtual Observatory initiative. The Virtual Observatory is a global ecosystem of standards and tools enabling seamless access to the wealth of on-line astronomical resources. She has been the coordinator of several European projects dealing with the European facet Virtual Observatory. From 2015 to 2019, she led the "Data Access, Discovery and Interoperability" Work Package of the European ASTERICS astronomy Cluster, which aimed at optimizing the usage of the data from the astronomical and astroparticle physics large projects through the Virtual Observatory. She is currently involved in the ESCAPE European Cluster project, in a work package which aims at connecting the Virtual Observatory with the European Open Science Cloud and to continue to improve the FAIRisation of data from for astronomy, astroparticle and heliophysics large facilities. She was a member of the High Level Expert Group on Scientific Data set up by the European Commission in 2010, and one author of the "Riding the wave" report published in 2010 and of its follow-up "Data Harvest" report. More recently, she was a member of the European Commission Expert Group on Turning FAIR data to reality (2017-2018), and one of the authors of the Expert Group Report "Turning FAIR into Reality" (2018). She has been the vice-chair of the FAIR Working Group of the EOSC Executive Committee. She has been an active member of the RDA since its inception, in particular as member of the RDA Technical Advisory Board from 2013 to 2020 (co-chair between October 2015 and October 2019), and of the RDA Europe first, second and third projects. She currently co-leads the RDA France National Node, which begun in March 2018 under the aegis of the RDA Europe 4.0 project, and continues after the end of the project with the support of the Ministry of Higher Education, Research and Innovation and of the CNRS. She has been the co-chair of the RDA Regional Advisory Board and Regional Assembly since their establishment in 2021. She was a member of the Data Seal of Approval Board (2016-2017), of the WDS Scientific Committee (2009-2015) and of CODATA Executive Committee (2010-2012). She has also been part-time advisor at the French Ministry of Higher Education, Research and Innovation (MESRI) since 2014 and at the Direction for Open Research Data of the French Centre National de la Recherche Scientifique (CNRS) since 2020. Member of the French Open Science Committee.