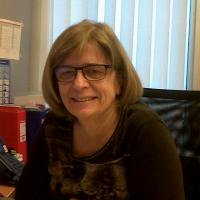 Teresa Riera Madurell is University full Professor. She is graduated in mathematics by the University of Barcelona (1974) and PhD in Computer Science by the University of the Basque Country (1981). She was professor in the Polytechnic University of Catalonia (UPC) (1974-1986) and, since 1986 in the University of the Balearic Islands (UIB). She was director of the Business and Computer Sciences School (UIB) (1986-1990) and Associate Vice-Chancellor, UIB (1991-1994). She was Research Associate in the University of California (Berkeley) (1981 and 1982), and Visiting Researcher in the Carnegie Mellon University (1989). Her fields of research are: Multiple valued logics, approximate reasoning, possibility theory and its applications to artificial intelligence She has published many research articles in specialized scientific journals and in proceedings of national and international conferences. She is author of books and articles on didactics of mathematics and on scientific outreach. She is also member of the gender studies research group (UIB) and was co-director of the UIB-Gender Studies Summer University. She has a long experience in science policy being responsible for research and innovation in both, the Parliament of the Balearic Islands (1989-1996) and the Congress of Deputies (1996-2004) where she was the spokesperson of the Science and Technology Congress-Senate Committee, (1987-1996). She was also vice-president, and general rapporteur of the Science and Technology Committee in the NATO-Parliamentary Assembly and author of rapports such as: “Global Climate Change and the Kyoto Protocol: The science of global Climate Change. International response. EU and USA position”. General Report 199 STC (02) 6; and “Non-proliferation in the 21st century: a transatlantic agenda”. Report 155 STC (03) E. As Member of the European Parliament (2004-2014), she was coordinator of S&D group in the Industry, Research and Energy (ITRE) Committee and rapporteur for Horizon 2020, the Framework Programme for Research and Innovation (2014-2020): EP489.637v03-00 (A7-0427/2012). She was also Rapporteur for the Specific Programme “Cooperation” in FP7: EP368.072/v05-00 (A6-0379/2006); for the legal framework for a European Research Infrastructure (ERI). EP414.035/v03-00. (A6-0007/2009); and for the regulation on the Innovative Medicines Initiative 2 Joint Undertaking: EP 523.015v02-00. (A7-0105/2014).