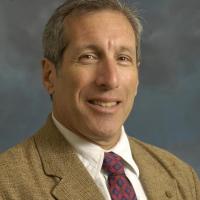 Stanley Dubinsky is a Professor of Linguistics at the University of South Carolina. His primary research area, since his Cornell University dissertation on Japanese causatives and passives, is syntactic theory and the syntax-semantics interface. He has subsequently published on syntactic and semantic phenomena in Japanese, Korean, Chichewa, Lingala, Hebrew, and English, co-authored and co-edited (with William D. Davies) two volumes on the grammar of Raising and Control (Blackwell 2004 and Springer 2007, respectively), and co-authored (with Christopher Holcomb) a 2011 volume, Understanding Language through Humor (Cambridge U Press). Another co-authored volume, Language Conflict and Language Rights, also with William Davies and from Cambridge U Press, is forthcoming in 2017.