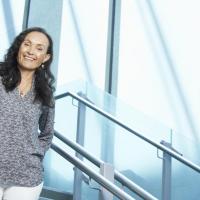 Tahu Kukutai is Professor of Demography at the National Institute of Demographic and Economic Analysis, University of Waikato. Tahu specialises in Māori and indigenous demographic research and has written extensively on issues of Māori population change, Māori identity and official statistics. She has undertaken research with and for numerous tribes, Māori NGOs, and government agencies. Tahu is a founding member of the Māori Data Sovereignty Network Te Mana Raraunga and is Vice President of the Population Association of New Zealand.