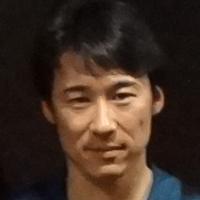 Dr. Akinori Takasuka currently works as the head of the Fisheries Ecology group at National Research Institute of Fisheries Science, Japan Fisheries Research and Education Agency (Yokohama, Japan) and an Affiliate Associate Professor of Tokyo University of Marine Science and Technology. He received BSc, MSc, and PhD in Agricultural Science from The University of Tokyo. He finished PhD work on growth and survival mechanism during early life history stages of anchovy in 2003. His interests have been directed to mechanisms of fish population dynamics. The current main study topics are biological mechanisms of species alternations (out-of-phase population oscillations between anchovy and sardine) in response to climate change, growth and survival mechanisms during early life stages, and spawning biology of small pelagic fish species. His recent activity includes international collaboration projects. In November 2015, he organized a symposium/workshop on “Growth–survival paradigm in early life stages of fish: controversy, synthesis, and multidisciplinary approach” with his Japanese and Canadian colleagues in Yokohama.