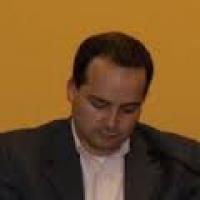 I am a RyC Senior Research Fellow (“Ramon y Cajal” Programme 2015) in Law at the Distance Education National University (UNED) in Spain, and Lecturer in Constitutional Law and EU Law. I am a member of Innovation, Research, and Fundamental Rights Group (IDEFU, https://sites.google.com/site/grupoiidefu/), the International Research Network of the Lendület-HPOPs Research Group, International Network, at the Hungarian Academy of Sciences, Centre for Social Sciences, and the British Institute of International and Comparative Law (BIICL). PhD Eur in European Union Law, Bologna University (Alma Mater Studiorum-Università di Bologna), 2011. PhD Eur Thesis Eccelente cum laude per unanimità-“Suma Cum laude”. The PhD work was awarded with the Economic and Law Sciences Prize by the Spanish Royal Academy of Doctors, in 2011. As visiting researcher, it should be noted: the Centre of European Law, King's College of London, Real Colegio de España in Bologna (2009-2011), the International Research Centre on European Law, University of Bologna, a research grant at the Spanish Constitutional Court (Tribunal Constitucional); a research stay at the Instuto de Investigaciones Jurídicas at the Autonomous National University of Mexico (UNAM), IALS Visiting Scholar at the Institute of Advanced Legal Studies (IALS), University of London (2014-15) and finally at the Jean Monnet Centre of Excellence Rights and Science at the University of Perugia (Jul-Dec 2016).