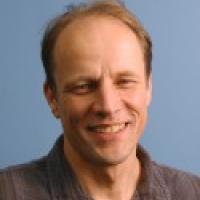 Dr. Carlos Maltzahn is the founder and director of the UC Santa Cruz Center for Research in Open Source Software (CROSS). Dr. Maltzahn also co-founded the Systems Research Lab, known for its cutting-edge work on big data storage & processing, scalable data management, and distributed system performance management. Carlos joined UC Santa Cruz in 2004, after five years at Netapp working on network-intermediaries and storage systems. In 2005 he co-founded and became a key mentor on Sage Weil’s Ceph project. In 2008 Carlos became a member of the computer science faculty at UC Santa Cruz and has since then graduated five Ph.D. students. Carlos graduated with a M.S. and Ph.D. in Computer Science from University of Colorado at Boulder.