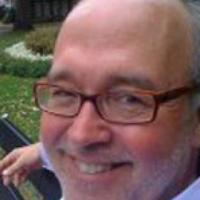 Timothy Lloyd has served as the executive director of the American Folklore Society since 2001. His office is located at The Ohio State University in Columbus, where he also serves as Adjunct Associate Professor of English. Lloyd received his PhD in American studies from The George Washington University. He has served as a board and committee member or consultant for many organizations, including the French-American Foundation, the Fund for Folk Culture, the Michigan Council on the Arts and Cultural Affairs, the Michigan State University Museum, the Ministry of Culture and Communication of the Republic of France, the National Council for the Traditional Arts, the National Endowment for the Arts and the National Endowment for the Humanities, the National Recordings Preservation Board, the Ohio Arts Council, the Ohio Humanities Council, the Rare Books and Manuscripts Division of The Ohio State University Libraries, and the Smithsonian Institution. He represents the AFS within the American Council of Learned Societies, the National Humanities Alliance, UNESCO, and the World Intellectual Property Organization.