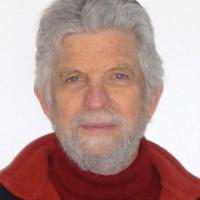 Over the years Neil Hollander created a career working as a journalist, writer, author, filmmaker and even a sailor. He has been writing for Patch since 1994 when he published his first book "Burma: The Human Tragedy". Hollander holds a degree from the Rhode Island School of Design, PhD at the phenomenon of "blizzard of information" - the excess of information / lack of sense. He is author of the well-known bestsellers "The Last Sailors: The Final Days of Working Sail" and "Elusive Dove: The Search for Peace During World War I."

Hollander is author of many documentary films and is head of the cinematic cycle "Temptation of democracy" in Scientific-documentary program of TV RISD. As a journalist and corespondent he's been writing analyzes from countries like Burma and others where people are living under military dictatorship.

Since 1994, he is a correspondent for Radio Nobel Voices, and since 1999 is working for the newsroom at NCBI. He edited and led the night program, analysis of transition, interviewed many foreign politicians, experts and Nobel prize winers. He is author of radio and internet series about frozen conflicts in the Caucasus. He gave several interviews to American, Russian, Iranian, Polish, Baltic and Czech media on conflict issues.