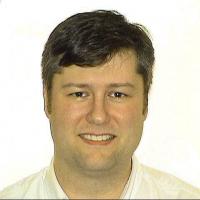 Dr. Jason S. Smith is a Senior Image Scientist with Harris Corporation based out of Rochester, New York, USA. He received his PhD in Imaging Science from the Rochester Institute of Technology in 2012, his M.S. in Electrical Engineering (with a focus on Biomedical Ultrasound) from the University of Rochester in 1997, and his B.S. in EE from Alfred University in 1995. Dr. Smith currently works for Harris Corporation's Space & Intelligence Systems (S&IS) Division where his interests include space telescope design, digital image processing, digital compression, digital imaging formats, metadata standards development, recovery of "dark data" in the GEOINT realm, digital video standards, human factors related to visual exploitation of data, and similar ilk. Dr. Smith is the current Central New York (CNY) Region representative to the ASPRS Regional Officers Council, a member of the Open Geospatial Consortium (OGC), an invited SME for the U.S. delegation to the Defense Geospatial Information Working Group (DGIWG), a contributor to the NATO Imagery Working Group (IMWG), and has served as a SME on the Chairman's Staff of the Informal Working Group on Sensors (IWGS) of the Open Skies Consultative Commission (OSCC) in support of the Treaty on Open Skies.