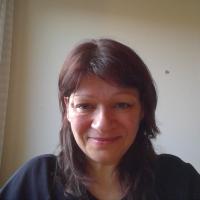 Panayiota Polydoratou is Associate Professor at the Department of Library Science, Archives and Information Systems at International Hellenic University. She is currently serving as Data Steward for the TRIPLE (https://oep.hypotheses.org/2243) project as a member of the OpenEdition (https://www.openedition.org/?lang=en) team. She was previously Honorary Visiting Fellow at the Department of Information Science (soi) at City University London (city) and member of staff at the Max Planck Digital Library (mpdl) at Max Planck Society (mpg), Germany. She holds a Ph.D. in Information Science from City University, awarded in 2006, and a MSc. in Information & Library Studies from University of Strathclyde. She has previously worked on projects such as Data Audit Framework and RIOJA at University College London (UCL). Until 2007, Panayiota was a member of staff at Imperial College London (IC) and contributed to projects led by Library Services, such as StORe and Defining Image Access. She has also contributed to the IC interim e-theses’ project and the VERSIONS project, which was led by London School of Economics (LSE). Previously to those she has assisted as research staff in the Digital health programme. Research interests Panayiota’s research interests lie in information science. Her Ph.D. investigated use and functionality of metadata registry systems. More information can be found at her research page. Other research interests include research data management, service units and information provision, new forms of scholarly communication, open access and institutional repositories.