The 15th International Digital Curation Conference, held in Dublin from 17-20 February 2020, gave the RDA Europe network of 22 national nodes another opportunity to meet face-to-face following the previous workshop in Helsinki co-located with RDA Plenary 14. With the final round of nodes having joined the group just prior to the Helsinki meeting, it was also a chance for representatives from Bulgaria, Estonia, and Romania to meet the other node coordinators outside regular virtual calls.

After an ice-breaker activity and brief project updates, nodes were divided into three breakout groups. These groups were organised around priority topics that had been identified at the Helsinki workshop, with the specific aim of this session to foster increased inter-node cooperation before the end of the project in May. The three task groups focused on Data Management Plans, Repository Certification/CoreTrustSeal, and national RDM best practices and policies, and were each led by pairs of nodes: Austria and Sweden, France and the Netherlands, and Ireland and Germany, respectively. The purpose of this session was for each node to get a sense of how these issues were being addressed in other national contexts and to outline a specific activity or deliverable that could be achieved together by pooling knowledge in response to shared concerns.

Discussion in the DMP group kicked off with a roundtable, collecting brief statements from the different countries represented on what the status of DMPs are in their countries: are they mandated and, if so, by whom?; are specific templates and tools being used?; are researchers familiar with DMPs and why these are being asked for?

This was followed by an overview of the DMP Common Standard for Machine-actionable Data Management Plans (a recent RDA Recommendation) from one of the DMP Common Standard Working Group co-chairs, Tomasz Miksa. One of the aims of this working group was to provide a framework for the ‘Ask only once’ principle to come into play; that is, to avoid the need for researchers to repeatedly provide the same information, which could be held in one DMP, to multiple sources.

From here, the focus turned to the variety of approaches taken in differing national contexts to the production, monitoring, and use of DMPs. Playing devil’s advocate, Tomasz put the question to the group, “Why do we need DMPs?”, which prompted a number of interesting responses. The link between the enforcement of DMP policies and the quality of data produced by researchers and projects was raised a number of times, which begged the question: If there are mandated policies on an institutional, discipline, funder, or national level, who is responsible for providing training and advice on DMPs for individual researchers and quality checking DMPs: The government? The institution? The researcher?

Rather than settling on one definition of DMP use, what became apparent was the use of DMPs in different contexts. Based on this, the group decided to develop a short survey which will be shared among their local communities to gather more concrete feedback on the community members’ engagement with and use of DMPs. The group also identified a benefit in collecting “success stories” to showcase how DMP policies and DMPs themselves can make a positive impact. Impact statements or success stories exist for open science and open data, but there are none that focus on the value of DMPs. Having such stories would help in convincing researchers and decision makers to use and promote DMPs.

The Certification group meeting was aimed at sharing information and best practices on possible activities in support of the certification of data repositories at the national level. The meeting began with a tour de table on the situation in the different countries represented. National node representatives from the Netherlands and France then presented short talks on why data repositories should seek certification, background information about the history of core certification frameworks, and how CoreTrustSeal was created as a result of merging two pre-existing frameworks, the Data Seal of Approval and the World Data System, based on recommendations of an RDA Working Group. An explanation of the activities that can be used to build communities around certification followed, along with how thematic communities can engage with CoreTrustSeal. The Dutch and French nodes also gave hints about how a repository could organise itself to go for certification - this requires participation of people with different profiles and responsibilities in the repository and teamwork.

Among the points discussed during the meeting was the fact that not all repositories can apply for formal certification as this requires a certain level of maturity, a sufficient critical mass, and efforts toward sustainability. However, repositories can work in networks. Small repositories allow researchers to work with the data; once the data is ready or the project is complete, the data that needs to be kept can move to a trusted digital repository for long-term preservation. Also, there is interest in CoreTrustSeal by platforms or service providers that most probably cannot adhere to all the requirements. CoreTrustSeal is working on certifying services, and the participants may be able to provide use cases.

The participants thought that creating a community of repositories at the national level around certification could be a way to go forward, taking into account the local landscape: the more mature repositories would provide momentum and knowledge. It was decided to organise a webinar with all the RDA national nodes interested in the topic. Webinar participants should familiarise themselves with the certification criteria and identify repositories from their countries that they would like to see certified in advance so that practical issues can be raised and discussed.

The goal of this node task group was to discuss national research data management best practices and policies being developed and implemented at the national level in connection with research data management and Open Science more generally. By establishing where the interests lie, the group aimed to outline what are the joint activities and actions that can be performed together as part of this task group and the wider RDA Europe node network.

Following a tour de table to understand people’s initial expectations and priorities, the group aimed at narrowing down and defining these in order to work toward a plan for subsequent actions.

To support knowledge sharing, and as a first step to map interests and developments, the cluster has committed to selecting success stories and relevant use cases based on a series of priorities and references that were identified during discussion. Already outlined during the meeting, the success stories and examples of best practices will be collected around five priority areas or threads:

The group has started collecting input via a collaborative document to which all RDA Europe national nodes have been invited to contribute. The success stories will be shared with the network and RDA Working and Interest groups where relevant. By the end of the RDA Europe project, the group also hopes to make a contribution to similar national policies and best practices mapping exercises done by various initiatives under the umbrella of the European Open Science Cloud (EOSC).

Once the breakout groups had drafted their plans for the remainder of the project, each reported back to the main group. With the RDA Europe 4.0 project ending in May, an issue that was discussed in parallel to the task group activities was the sustainability of the network beyond this date. Although the network will in all likelihood not continue in its current form, all agreed that the national support and cross-node connections made as part of the RDA Europe 4.0 project should be maintained in some form  in the future.

Taking advantage of the location and timing ahead of the main IDCC event, the workshop was followed by a networking and poster session open to all IDCC2020 co-located workshop participants. The networking session allowed node representatives to share an overview of their work and experiences and connect not only with other national activities, but also with initiatives working on FAIR data, digital curation and preservation, RDM services and policy engagement. Thanks to all IDCC participants who stopped by to learn more about the wealth of RDA-related activities across Europe! 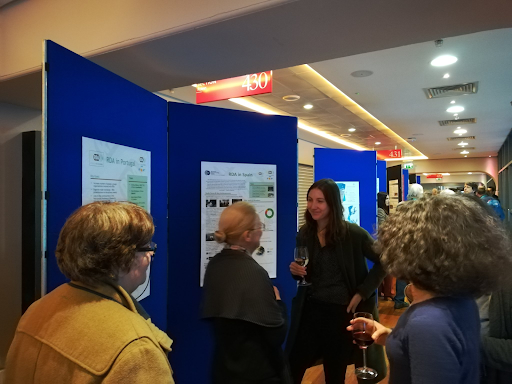 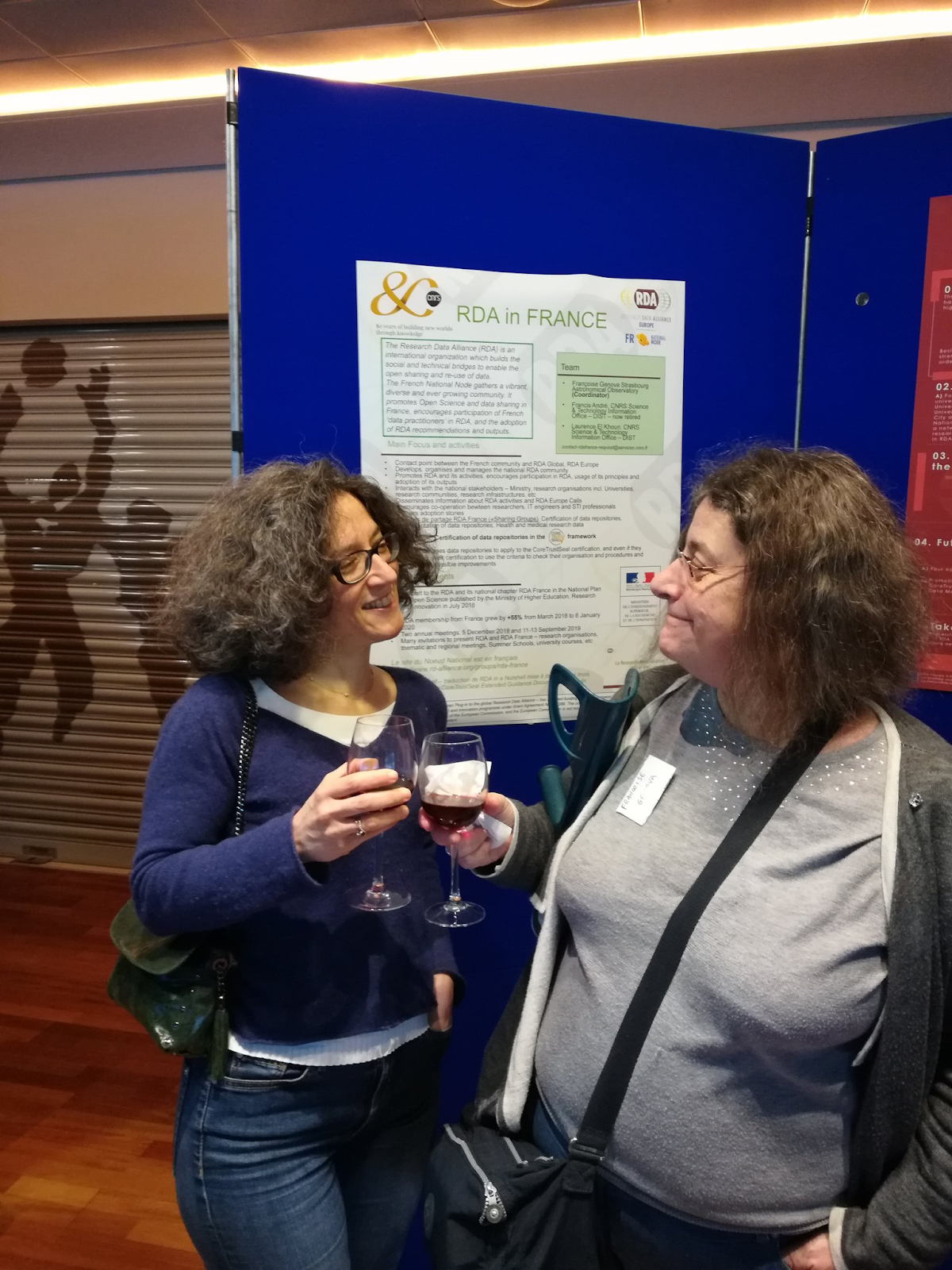 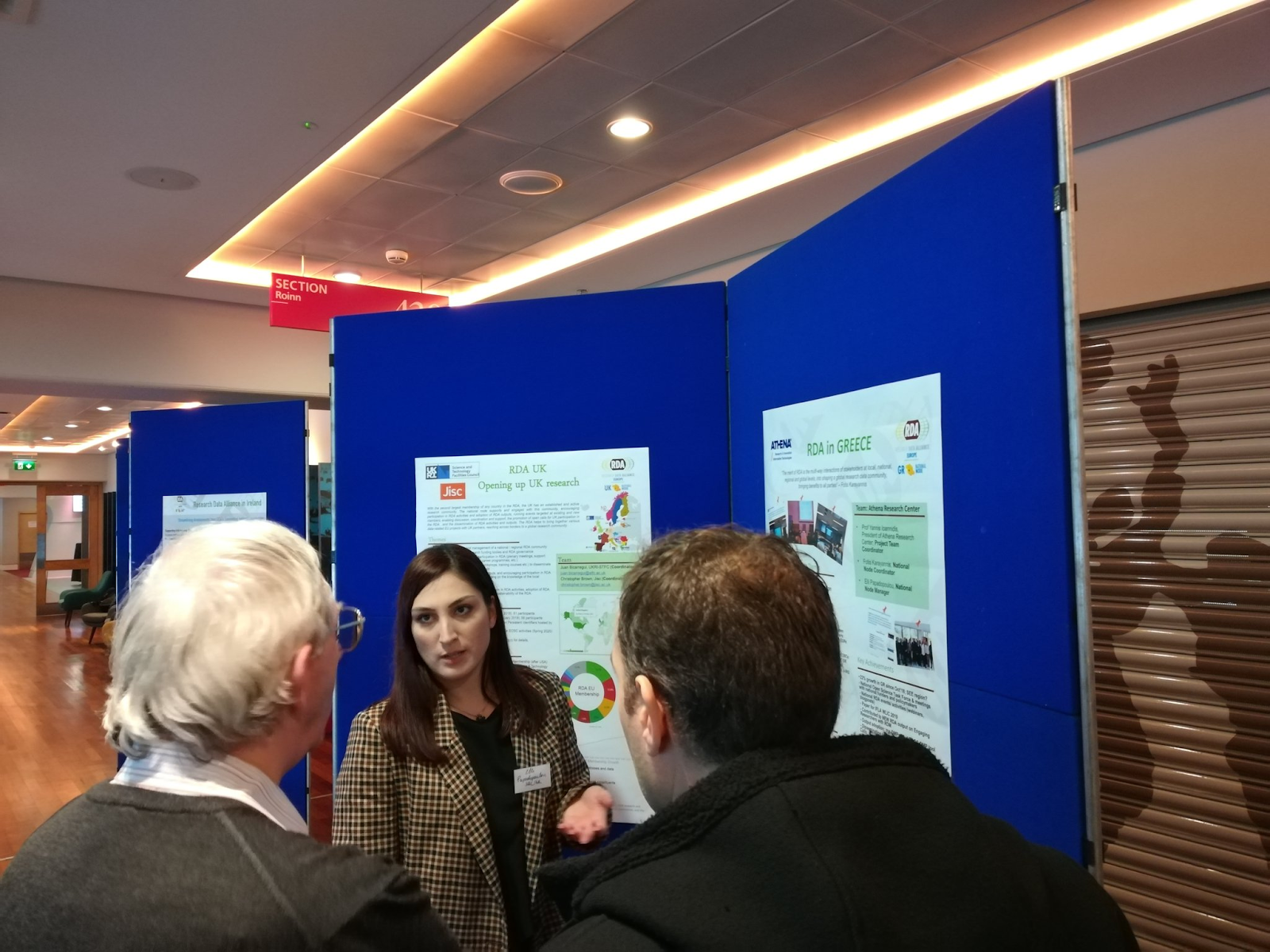 Interested in engaging with the RDA national node in your country? Find and join your national community at https://www.rd-alliance.org/groups/rda-europe-national-nodes.