Services to Support FAIR Data: From Recommendations to Actions

Earlier this year, two workshops were held to formulate recommendations on how services and infrastructures can better support the implementation of the FAIR data principles1. The input and conclusions from both workshops were analysed to form the basis for a draft report 'Services to support FAIR data: Draft report and recommendations'. As a conclusion to the previous workshops, a third workshop was organized during the Open Science Fair in Porto, Portugal, in collaboration with OpenAIRE, FAIRsFAIR, RDA Europe, FREYA, and EOSC-hub.

The third workshop in the series was designed to explore, discuss and propose recommendations on how existing data infrastructures can evolve and collaborate to provide services that support the implementation of the FAIR principles for research data, in particular within the context of building the European Open Science Cloud (EOSC).

The objective of the workshop was to prioritize the recommendations gathered by the community in the two preceding workshops - and then to move beyond recommendations and formulate some clear, pointed actions along with a view on who should be taking these actions forward. 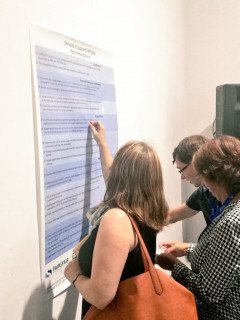 At the start of the workshop the draft report was briefly introduced, as basis for the discussion and break-out groups of the workshop. After presenting the list of recommendations, participants split up in three groups: service providers, research institutions and libraries.

The break-out groups started with a priority setting activity: each participant could place ten stickers on posters which listed the recommendations. The total number of stickers for a recommendation determined its ranking. The prioritizing exercise was followed by a discussion about which actions should be taken to implement the recommendations. Before the three breakout groups congregated again, the top action was selected and further discussed.

The highest ranked top priorities and related actions as compiled by different groups are given in the table below:

The selected priorities and subsequent actions discussed by the breakout groups formed the basis for a discussion on which stakeholders could take on the responsibilities in the services ecosystem for FAIR data for the various actions. To gather input from the audience on the identified actions, we used the interactive presentation tool Mentimeter. See the picture below for an example of feedback on one of the actions. The example states an action formulated by the "libraries" group (see table above) and input from the audience on who should be responsible for executing the action. 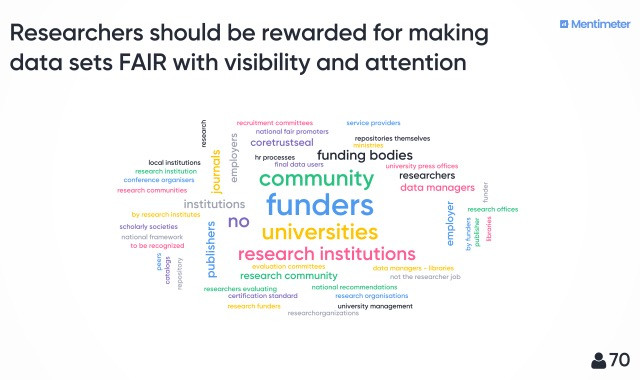 The audience participation part of the workshop was followed by a panel discussion, during which the panellists shared their personal views on the prioritised recommendations and actions. The panel consisted of five experts of diverse backgrounds relevant to FAIR data:

The panel observed that the selected actions of the prioritizing exercise sometimes resembled other recommendations. The connection between different recommendations may not come as a surprise and signals that the intertwined ecosystem of services can make FAIR a reality by collaboration and solutions might have positive outcomes on other issues in the FAIR data research cycle. 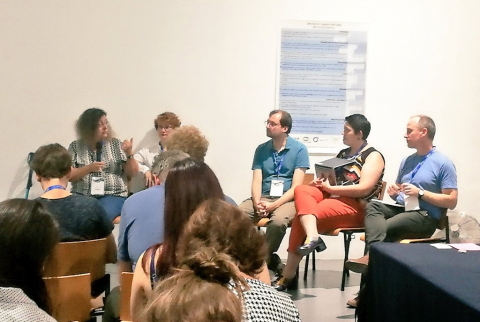 The discussion in the final part of the session focused on responsibilities and roles of different stakeholders. User requirements were put forward as strong incentives, as was the professionalization of data management and the role of data stewardship herein. Often neglected in discussions, national libraries should and can be more involved in discussions and events around FAIR.

The results of the breakout groups and panel, in combination with the conclusion of the previous workshops, will be used as input to finalize a report with recommendations on services to support FAIR data. The final version of the report is intended for submission to the EOSC Working Group on FAIR. 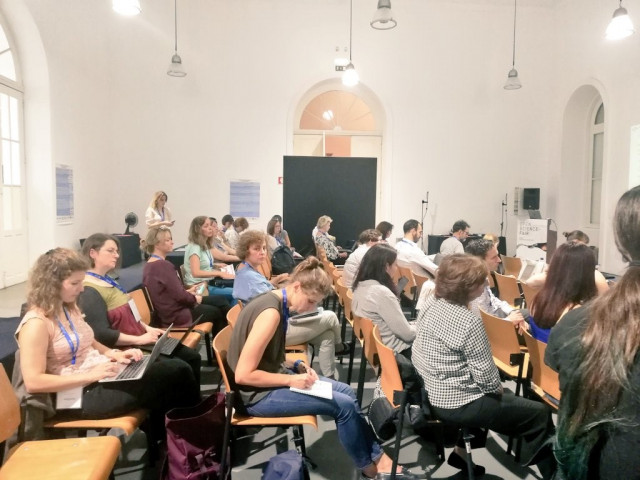 Data sharing: is it all about trust?

A tale of a new world, or how I discovered what the RDA was all about

Perfect weather, sunny beaches and insightful events: The plenary that had it all...

There are 0 comments on "Services to Support FAIR Data: From Recommendations to Actions".