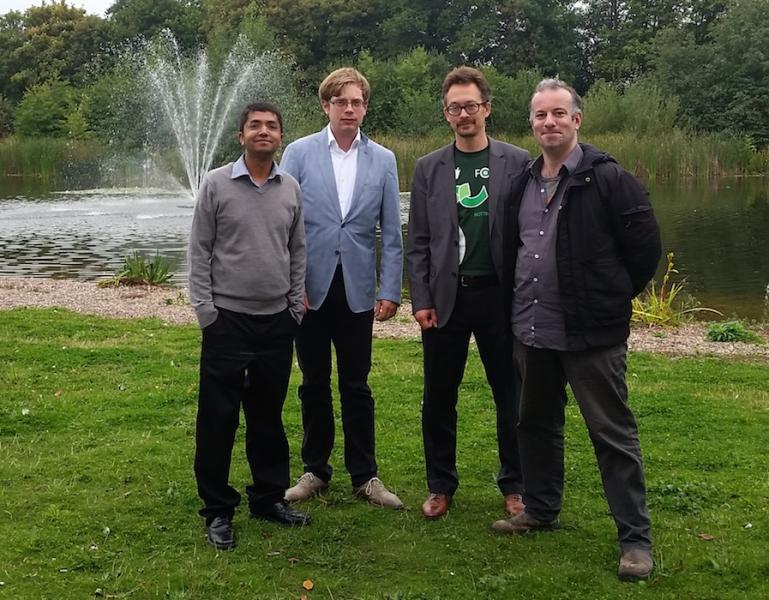 On the second and third of this month I had the pleasure running a session on RDA at the OSGIS conference. The OSGIS conference itself focusses on the use of open source GIS systems and attracted a fairly equal mix of entrepreneurs, public servants and scientists.
There are many clear use cases for the use of GIS systems. Many examples where presented during the conference, from showing the garbage routes, rights of passage, bus routes, etc. for a local council; via overlaying historical and current surveyed maps for a local council, to combining many sources of factual and estimated information at a very high level of detail for Australia.
All (or almost all) of the tools that where discussed at the conference are available on the OSGEO Live DVD (http://live.osgeo.org/en/index.html). This live CD provides a ready-to-boot CD, or a ready-to-run VM instance that contains a very large collection of open source GIS tools, and more importantly a large amount of time was spend on creating very descriptive one-pagers for all these tools so that you might know which ones are useful to you.
The full range of covered topics, and (soon) recordings of the presentations are available on the conference website http://www.nottingham.ac.uk/osgis/home.aspx .
The RDA session was set up to be an open discussion after presenting some context.
I presented a general overview of RDA, and briefly touched on the results of the science workshop we had early this year. (You can find the report of the science workshop here).
There where three representatives of RDA groups that have a quick overview of their activities: 1) Suchith Anand for the Geospatial IG, 2) Didier Leibovici for the Agriculture IG, and 3) Jack Burton for the Urban QoL WG.
We had an open and animated discussion.
John Wood, one of the RDA council co-chairs, gave a keynote on the second day of the conference where he touched on many issues to do with data.

I managed to attend the AURIN Workshop on the first day of the conference where Jack burton provided all participants with an account to the system in order to have a go.
The system was very impressive in terms of the relative ease of use; number of different information sources that can be integrated; and in the number of transformational and statistical tools that are available for those sources.
Offcourse such a number of options does generate some confusions from time to time, e.g. it became clear during the workshop that you can only combine informations if they are available at exactly the same granularity.
We where also given a demo of the next version of the software, where it seems that a large number of small changes to the user-interface clear up a lot of such small mistakes.

Reflections on the Evolution of RDA

An overview of RDA 14th meeting as an early career grantee

By Maria Tsagiopoulou on 08 November 2019