An Early Career Grantee take on the 14th RDA Plenary

This time, I was advised by my colleagues at RDA-PT to apply for an early career grant. I was honoured when I was informed that I had been one of the nine  awardees. I was also aware of the responsibility it entailed. I had been selected to get an inside view on RDA, and to help bring new researchers into the fold. To that effect, I was pleased to have the opportunity to collaborate with three groups. They were: 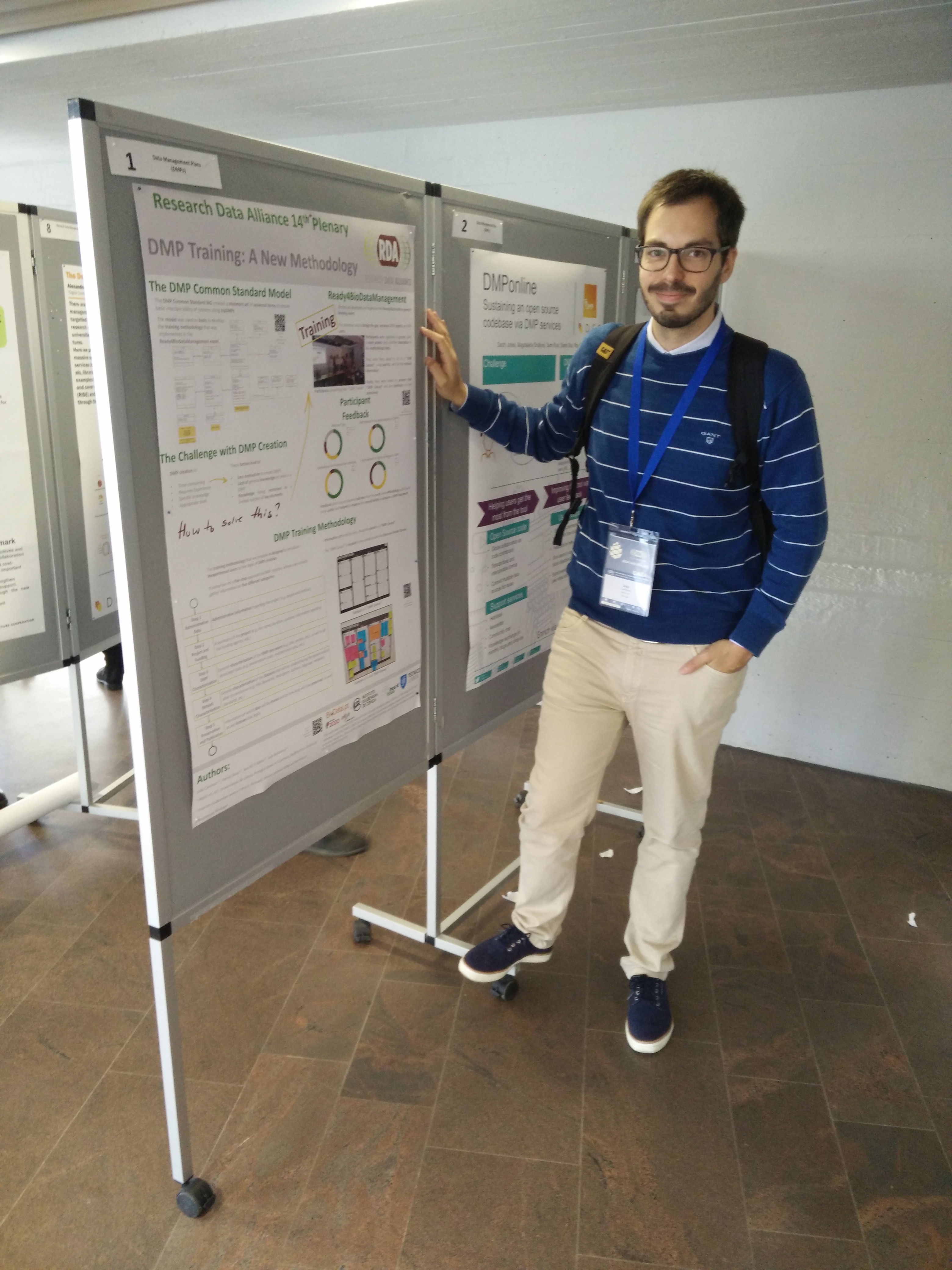 I acted as note-taker in all of the group meetings, and found all of them to be extremely interesting.

During the ELIXIR Bridging Force IG meeting, I was able to follow up on the effords by the European Genome-phenome Archive (EGA) on establishing a federated network to share biomolecular human data within the ELIXIR framework.

However the meeting that impressed me the most, was the DMP Common Standards WG meeting titled “Machine-actionable DMPs - take them and use them!”.  Where the WG presented their metadata application profile, that offers a minimum set of terms to describe a DMP.

I had already attended a past WG meeting, during the 11th RDA Plenary, and subsequently began to collaborate with the chairs. This year, as an early career grantee, the chairs saw fit that I should present some of the work I’ve been doing that falls within the spectrum of the WG. I was overjoyed to be asked to present the DMP Common Standards Ontology, which in essence is a representation of the metadata application profile that is to be recommended by the WG.

My final contribution to the 14th RDA plenary was the presentation of a poster titled “DMP training: A new Methodology”. It described the effort by BioData.pt to clarify the Portuguese Bioinformatics community on the topic of Data Management Plan (DMP) . Namely through the creation of an event that uses a specifically created methodology to introduce researchers to this topic.

Overall I am delighted with my participation in the 14th RDA Plenary. I hope to attend future plenaries, but in the meantime I will carry on collaborating with both my colleagues at RDA-PT as well as the chairs of the DMP Common Standard WG.

There are 0 comments on "An Early Career Grantee take on the 14th RDA Plenary".