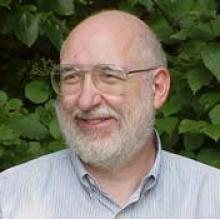 Larry Lannom is Director of Information Services and Vice President at the Corporation for National Research Initiatives (CNRI), where he works with organizations in both the public and private sectors to develop experimental and pilot applications of advanced networking and information management technologies. His current work is focused on CNRI's Digital Object Architecture, which is based on the concept of the digital object, a uniform approach to representing digital information across computing and application environments, both now and into the future. He is responsible for the development and ongoing evolution of a series of infrastructure components needed to implement the architecture. This includes a high performance resolution system, known as the Handle System that maps identifiers into current state information about the digital objects being identified, repositories for storing digital objects and from which they may be accessed, and metadata registries for managing collections of digital objects across one or more repositories. These efforts, primarily funded through research grants, have borne considerable fruit in the real world of operational information management, from the use of the Handle System in the electronic publishing and digital library world to the use of digital object registries in the entertainment industry.

Mr. Lannom joined CNRI in September of 1996. For the seven years prior to that, he was a Technical Director at DynCorp, Inc., where he served as an advisor on digital library research for the ISTO, CSTO, and ITO offices of the U.S. Defense Advanced Research Projects Agency (DARPA), including initiating the Computer Science Technical Reports (CS-TR) project, DARPA's first effort in the digital library area. In addition, he managed the development of internal information systems for DARPA. From 1985 to 1989 he was the Survey Systems Manager at King Research, Inc., where he designed and developed statistical analysis systems for the processing of survey data gathered in library and publishing industry management and marketing studies.

Prior to joining King Research, he served as Senior Information Scientist at the Information Retrieval Research Laboratory of the University of Illinois at Urbana-Champaign. There he managed the campus-wide online search service, served as a member of the research staff in support of a wide variety of NSF-funded information retrieval research projects, and was the managing editor of the 1979, 1982, and 1985 editions of Computer-Readable Databases - A Directory and Data Sourcebook, one of the then definitive reference works in the field of information retrieval. Mr. Lannom started his career as an editorial supervisor at Encyclopaedia Britannica. He was responsible for approximately one half of the Indexing Department for the 15th Edition of Encyclopaedia Britannica and also served as liaison between the Editorial and Computer Services Sections.