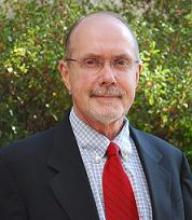 George O. Strawn is currently the director of the Board on Research Data and Information at the National Academies of Sciences, Engineering, and Medicine where he focuses on Open Science and FAIR data. Prior to joining the Academies, Dr. Strawn was the director of the National Coordination Office (NCO) for the Networking and Information Technology Research and Development (NITRD) Program and co-chair of the NITRD interagency committee. Dr. Strawn held these positions while on leave from the National Science Foundation (NSF) to the Office of Science and Technology Policy in the Whitehouse.

Prior to his NITRD responsibilities, Dr. Strawn was the NSF Chief Information Officer. And prior to that, Dr. Strawn served in a number of capacities in the NSF Directorate for Computer and Information Science and Engineering (CISE).  These included the executive officer of CISE, director of the CISE Division of Advanced Networking Infrastructure and Research, where he led NSF's efforts in the Presidential Next Generation Internet Initiative, and NSFnet Program Officer where he was part of the team that transitioned the experimental ARPAnet into the global Internet.

Before to coming to NSF, Dr. Strawn was a Computer Science faculty member and a staff member in the Computation Center at Iowa State University (ISU). He served terms as director of the Computation Center and as chair of the Computer Science Department.  He is a fellow of the American Association of the Advancement of Science, and a member of Phi Beta Kappa and the Cosmos Club. He is also a member of the editorial board of the IEEE Computer Society magazine ITProfessional and writes two columns for the magazine.