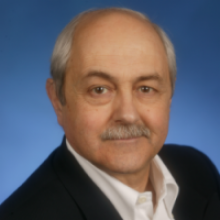 Fabrizio Gagliardi is an independent consultant and Chair of ACM Europe. Prior to this he was Europe, Middle East and Africa Director for External Research at Microsoft Research Corporation.

He joined Microsoft in November 2005 after a long career at CERN, the world leading laboratory for particle physics in Geneva, Switzerland. There he held several technical and managerial positions since 1975: Director of the EU Grid project EGEE (2004-2005); Director of the EU Data-Grid project (2001-2004); head of mass storage services (1997-2000); Leader of the EU project GPMIMD2 (1993-1996). Fabrizio Gagliardi has worked with four different Nobel Prize winners, while at CERN.

He has a Doctor degree in Computer Science, granted by the University of Pisa in 1974. Dr. Gagliardi has been consulting on computing and computing policy matters with the Commission of the European Union, several government and international bodies (among them NSF, DoE in the US, CNRS and other research bodies in France, EPSRC in the UK, CNR and INFN in Italy, OECD, UN agencies).

Dr. Gagliardi is author and co-author of several publications and articles on real-time and distributed computing systems. Dr. Gagliardi is since 2009 chair of the ACM Europe Council. In 2009 he was given the additional responsibility to drive the Cloud Computing Initiative of the Microsoft Research in Europe. As part of that job he played a major role in the incubation and successful negotiation of the FP7 EU computing infrastructure project named VENUS-C.