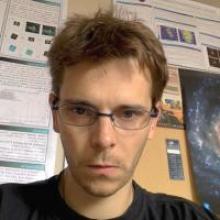 Carlo Maria Zwölf is part of the Virtual Atomic and Molecular Data Centre (VAMDC), a consortium of institutes supported by the European Union (EU) that have agreed to build a common infrastructure for sharing atomic and molecular data. The consortium was launched in 2014, with Zwölf being elected director. Coordinating with the EU to address data citation challenges was one of the Centre’s initial objectives.

During the Dublin RDA plenary (2014, Ireland), Zwölf collaborated with the RDA community on just this challenge. He joined the Data Citation Working Group and worked with its members and group Chair, Andreas Rauber. VAMDC became an early use case and the group’s Recommendations was implemented over VAMDC in 2017.

Eventually, Zwölf became involved with other RDA groups. Since 2017, he is co-Chairing the Federated Identify Management Interest Group, which developed a white paper. He is also co-chairing GEDE, a group of European Data Experts in RDA, as well as participating in the Data Fabric and Active Data Management Plans Interest Groups.

When asked what the greatest impact RDA has on new members, Zwölf stated that by referring to the work of RDA and adopting RDA Recommendations, their own work is validated as their solutions have RDA support.

Furthermore, when implementing the Data Citation Recommendation, Zwölf’s team opted to use the Zenodo repository, which enabled them to use and adopt another RDA Recommendation, Scholix.

In terms of challenges within RDA, Zwölf stated that RDA’s bottom up approach is challenging and discussed the recent website enhancement that may help members search for and join existing groups, and create new ones.

Overall, Zwölf emphasized the importance of meeting scientists within the RDA community who are doing same work as you, with the transdisciplinary nature of the community being an added value. RDA provides the ability to see different perspectives and consult together. It is the glue for the data community.